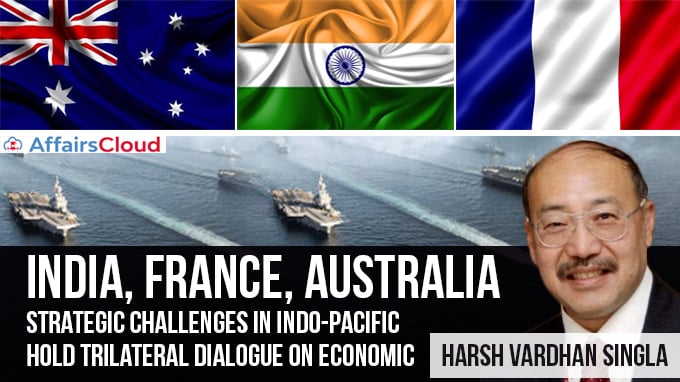 On September 9, 2020, the first trilateral dialogue between foreign secretaries from India, France and Australia was held virtually to discuss geo-strategic challenges, enhancing cooperation and to build strong bilateral relations between the trio to ensure a peaceful, secure, prosperous and rules-based Indo-Pacific Region.

-The three sides agreed to hold the dialogue on an annual basis.

-The three countries also exchanged views on the priorities, challenges and trends in regional and global multilateral institutions.