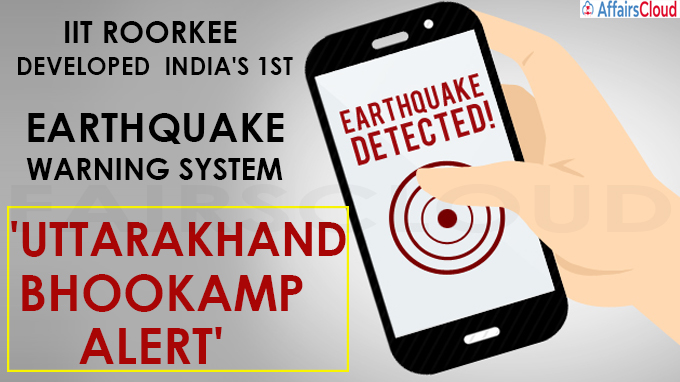 Salient Features of the App

i.It is a real-time earthquake information system, it can detect the onset of the earthquake and issue warnings before the significant tremors.

ii.It will spread information regarding the occurrence of an earthquake, expected time or arrival and intensity at the tremor location to prevent any loss of life.

iii.EEW can record the location of people who are struck during the earthquake, and send that to the Disaster Response Force.

The physical basis for the EEW will be the speed of the seismic waves.