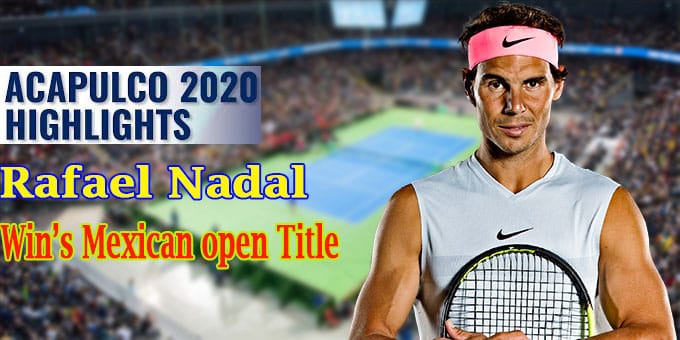 Here are the Key Highlights:

Point to be noted: Giuliana Olmos made history, and became the first Mexican player to win the Abierto Mexicano Telcel.