The government framed a working group headed by Guruprasad Mohapatra, secretary of the Department for Promotion of Industry and Internal Trade (DPIIT) to prepare contours of new industrial policy to make India a manufacturing hub. 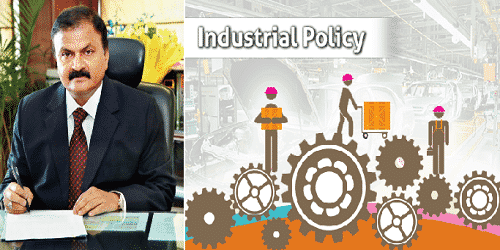 Key Points:
i. Background: It will be the third industrial policy after the first in 1956 and the second in 1991. It will replace the Industrial Policy of 1991 which was prepared in the backdrop of the balance of payment crisis. The DPIIT had initiated the process of formulation of a new industrial policy in May 2017. The new policy will subsume the National Manufacturing Policy (NMP). A draft has been prepared by the DPIIT and has been sent for Cabinet approval.
ii. Members: It consists of

iii. Terms of Reference (ToR): It will consult stakeholders and identify pain points of industry, develop actionable solutions for short and medium term, and delineate the role for private sector in achieving the national targets.