In October, while laying the foundation stone of Dr. B. R. Ambedkar Memorial in Mumbai, Prime Minister Narendra Modi announced that this year onwards, November 26 would be observed as Constitution Day. 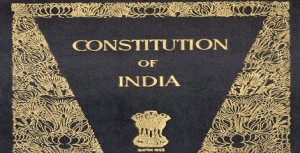 Why it is observed on 26 November?

National constitutional Day is observed on Nov 26 because on this day in 1949, the constitution was adopted by the Constituent Assembly.

Facts about Constitution of India

Constitution of India was neither printed nor typed. It was handwritten and calligraphed in both Hindi and English.

26 November Celebrated as Constitution Day Across the Nation