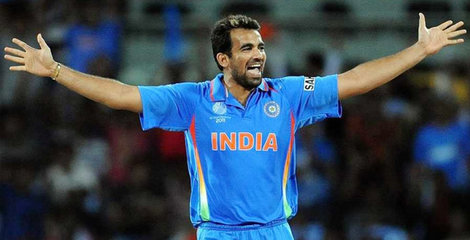 He has played 92 Test matches and taken 311 wickets.He is the fourth highest wicket taker among the Indians.He also collected 282 wickets from 200 ODIs.And also played 17 T20 Internationals.

Zaheer Khan(left arm paceman) is the member of Delhi Daredevils team in the IPL.

Being part of the 2011 ICC world cup winning team was the most cherished moment of his career.During the tournament he picked 21 wickets.

He is the second Indian seamer in tests behind Kapil Dev, who took 434 wickets.