We are here for you to provide the important current affairs February 28 2018 which have unique updates of all daily events from all newspapers such as The Hindu, The Economic Times, PIB, Times of India, India Today, Indian Express, Business Standard, all Government official websites. Our complete current affairs helps you to get more marks in Banking, insurance, UPSC, SSC, CLAT, Railway and all other competitive Exams. More Information about Aviation Multi Skill Development Centre:
i. This aviation multi skill development centre in Chandigarh is a Corporate Social Responsibility (CSR) initiative of Airports Authority of India (AAI) and has been set up  by the National Skill Development Corporation (NSDC) and the Aerospace and Aviation Sector Skill Council of India.
ii. It is equipped with modern training infrastructure to supplement an industry-relevant course curriculum.
iii. Over the next three years, the centre will train (free of cost) nearly 2300 students in eight aviation job roles.
Quick Facts about Airports Authority of India (AAI):
♦ Founded in – 1995
♦ Headquarters – New Delhi
♦ Current Chairman – Dr. Guruprasad Mohapatra

Government starts process to build India’s first defence ‘Quad’
Union Defence Ministry has started the process to set up India’s first defence industrial ‘Quad’ (quadrilateral corridor) linking Chennai with four other cities of Tamil Nadu to promote industries manufacturing weapons and military equipments.
Details about India’s first defence ‘Quad’:
i. ‘Quad’ project in Tamil Nadu will connect Chennai with Hosur, Coimbatore, Salem and Tiruchirappalli.
ii. Union Defence Ministry is finalising the broad contours of the project and will soon hire a top consultancy firm to prepare a detailed report.
iii. Officials from Defence Ministry along with representatives from defence PSUs – Hindustan Aeronautics Ltd, Bharat Electronics Ltd. and Bharat Earth Movers – will soon start interactions with defence manufacturers in Coimbatore, Salem, Chennai and Tiruchirappalli to take their views on the proposed Quad in Tamil Nadu.
iv. In context of this news, it is important to note that while presenting Union Budget 2018, Finance Minister Arun Jaitley had announced that two defence industrial production corridors will be set up in India to promote domestic defence industry.
v. As announced by Prime Minister Narendra Modi, the other defence industrial corridor will come up in the Bundelkhand region which shall bring an investment of Rs 20000 crore.

Haryana cabinet approves death penalty for rape of victim aged 12 or less
On February 27, 2018, Haryana State Cabinet approved a proposal to bring in legislation for awarding death penalty to those found guilty of raping girls aged 12 years or less.
i. This decision was taken at Haryana State Cabinet Meeting chaired by Chief Minister, Manohar Lal Khattar.
ii. As per the new legislation, individual/s found guilty of rape or gang rape of a girl up to 12 years of age, will be punished with death sentence or rigorous imprisonment of not less than 14 years which may extend to imprisonment for life, that is for remainder period of person’s natural life.
iii. The proposal that has been approved, also contains several amendments in existing criminal laws related to sexual offences. The amendments seek harsher punishments for sexual offences.
Quick Facts about Haryana:
♦ Capital – Chandigarh
♦ Current Governor – Kaptan Singh Solanki
♦ Current Chief Minister – Manohar Lal Khattar
♦ Important National Park – Sultanpur National Park 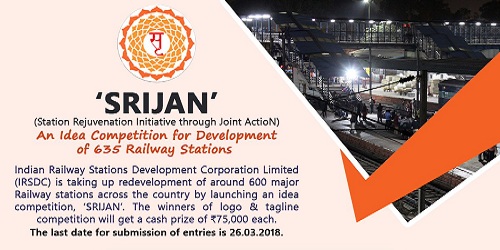 SRIJAN (Station Rejuvenation through Joint Action):
i. SRIJAN (Station Rejuvenation through Joint Action) was launched by Indian Railway Stations Development Corporation Limited (IRSDC).
ii. All classes of people from railway passengers to architects, urban planners, engineers can submit their ideas. Last date for submission is 26 March 2018.
iii. Railway Ministry has announced that, the winners will be awarded certificates and good ideas will be considered for implementation in the redevelopment plans for stations.
iv. IRSDC has also launched competitions for logo and tagline at the MyGov portal. Winners of logo and tagline competitions will be awarded Rs 75,000 each. Last date of submission for logo and tagline competitions is also March 26, 2018.
v. An open invitation has been given for all professionals to submit concept master plans for the redevelopment of the railway stations at IRSDC web portal. The last date for submission of entries for stations redevelopment is 9 March 2018.
vi. An ‘Architect-Samvad’ would be held in March 2018 where Minister of Railways will discuss strategy with architects to improve the program.
vii. First round of International Design Competition for Gwalior, Nagpur and Bayappanhalli stations has been finished and second stage will be over by 31.03.2018.
viii. Then, Engineering Procurement Contract (EPC) tenders for the above stations will be invited.
ix. For Chandigarh, Anand Vihar (Delhi), Secunderabad, Bangalore and Pune stations tenders for Integrated Station Management through private parties has been invited.
About Indian Railway Stations Development Corporation Limited (IRSDC):
♦ MD & CEO – Mr. S.K. Lohia
♦ Purpose – to develop new stations and redevelop existing Indian railway stations 7th meeting of EPG on Nepal-India relations:
i. Issues like the 1950 Peace and Friendship treaty, trade, environment, border and hydropower were discussed in the meeting.
ii. Nepal coordinator of EPG Dr Bhekh Bahadur Thapa said that, a positive report on the issues discussed in the meeting will be submitted in a few months.
iii. EPG’s next meeting will be conducted in New Delhi. After the meeting, Dr Bhekh Bahadur Thapa and India coordinator of EPG Bhagat Singh Koshiyari said that, a report is being prepared to take bilateral relations to the next level.
About Eminent Persons Group (EPG) on Nepal-India relations:
♦ Formed – February 2016
♦ Purpose – to provide suggestions for updating all existing bilateral treaties and agreements between India and Nepal

India to grow 7.6% in 2018: Moody’s Investors Service
Moody’s Investors Service has stated that India’s Gross Domestic Product (GDP) is estimated to grow at 7.6% in the calendar year 2018.
India’s Growth Forecast by Moody’s:
i. Moody’s has outlined that Indian economy has started to recover from the negative impact of demonetisation in November 2016 and disruption caused by Goods and Services tax (GST) roll out in July 2017.
ii. Moody’s expects that sentiment in Indian economy will improve on account of measures to stabilise rural economy (announced in Union Budget 2018) and public sector bank recapitalisation plan.
iii. For calendar year 2019, Moody’s has estimated that Indian economy will grow at 7.5%.
iv. In 2018, G20 economies will collectively grow at 3.4 %, up from prior forecasts of 3.2 %.
Quick Facts about Moody’s:
♦ Founded in – 1909
♦ Headquarters – New York, US
♦ Parent Organisation – Moody’s Corporation Mandatory online claims for PF withdrawals:
i. Online claims for withdrawals of above Rs 5 lakh under the Employees Pension Scheme 1995 has also been made mandatory.
ii. Claims of only those subscribers will be processed, who have an active universal account number (UAN). Besides, bank account of the subscriber has to be linked and verified in the system before claim settlement.
iii. EPFO currently has more than 5 crore subscribers and manages a corpus of over Rs 10 lakh crore.
Quick Facts about EPFO:
♦ Founded in – 1952
♦ Headquarters – New Delhi
♦ Central Provident Fund Commissioner – Dr. V P Joy 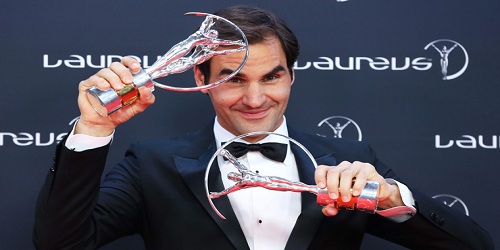 2018 Laureus Awards:
i. Roger Federer had won the Australian Open and Wimbledon titles in 2017. Serena Williams bagged the World Sportswoman of the Year award. She had won her 23rd grand slam in 2017.
ii. List of award winners:

PNB appoints A K Pradhan as Group Chief Risk Officer
A K Pradhan has been appointed as the Group Chief Risk Officer of Punjab National Bank (PNB).
i. Mr. Pradhan was earlier holding the post of a General Manager.
ii. Although the functions and responsibilities of the Group Chief Risk Officer have not been disclosed by PNB, the decision for this appointment seems to be in wake of Rs 12700 crore fraud unearthed at one its branches.
iii. In response to the PNB fraud, Union Finance Ministry has asked all the state-owned banks to scrutinise all their non-performing accounts (NPAs) of over Rs 50 crore for possible fraud and report it Central Bureau of Investigation (CBI).
iv. Besides, state-owned banks have also been asked to come up with a pre-emptive risk mitigation action plan within 15 days to check recurrence of frauds.
Quick Facts about PNB:
♦ Founded in – 1894
♦ Headquarters – New Delhi
♦ Current MD & CEO – Sunil Mehta
♦ Tagline – ‘The name you can bank upon’ 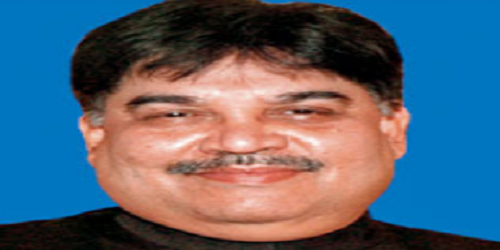 CMFRI to launch e-com portal and mobile app “marinefishsales” for fishermen
Central Marine Fisheries Research Institute (CMFRI) has developed a multivendor e-commerce website and mobile app named ‘marinefishsales’ to help fishermen sell their products and marine catch directly to the customers.
Marinefishsales:
i. The website and mobile app were developed under the National Innovations on Climate Resilient Agriculture (NICRA) project of CMFRI.
ii. This has been done in a move to increase the income of coastal community. CMFRI acts as an administrator for the multi-vendors and consumers interacting through the portal.
iii. Fishermen and fish farmers who are willing to sell their products online can form Self-Help Groups (SHGs) and register on the platform.
iv. The vendor profiles, order status and sales will be monitored by CMFRI. The SHGs can update their stock availability and this will be displayed on both the website and the app.
v. Customers can order either cleaned or raw fish, from the available farmers or fishermen groups. Current only cash-on-delivery mode of payment is available.
vi. Fishermen and fish farmers will be guided to form self-help groups by a team lead by Dr N Aswathy, senior scientist of CMFRI.
vii. CMFRI will manage the eligible self-help groups to maintain the quality of fish.
About Central Marine Fisheries Research Institute (CMFRI):
♦ Director – Dr. A. Gopalakrishnan
♦ Headquarters – Kochi, Kerala 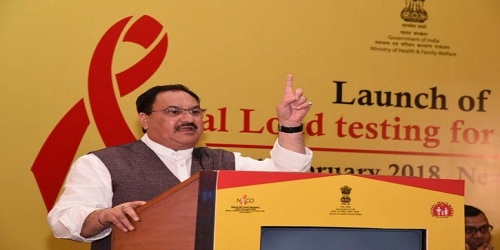 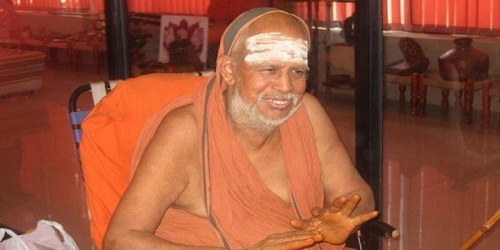 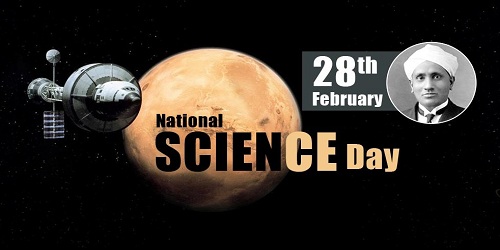