We are here for you to provide the important current affairs December 17 2017 which have unique updates of all daily events from all newspapers such as The Hindu, The Economic Times, PIB, Times of India, India Today, Indian Express, Business Standard, all Government official websites. Our complete current affairs helps you to get more marks in Banking, insurance, UPSC, SSC, CLAT, Railway and all other competitive Exams. 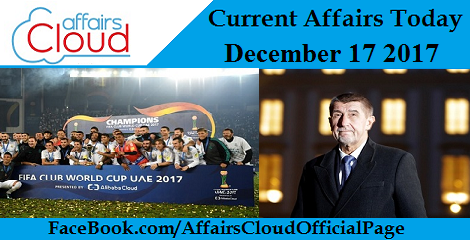 Modi announces Rs 90000 Cr for improving roads, highways in Northeast
On December 16, 2017, Prime Minister Narendra Modi announced Central Government’s decision to invest Rs 90000 crore for building a network of highways and roads in the North Eastern region of India.
Funds for Improving Roads, highways in NorthEast:
i. This amount of Rs. 90000 crore for improving roads and highways in Northeast will be spent in the next two to three years.
ii. Out of this committed amount, Rs 60000 crore would be spent under Special Accelerated Road Development Programme while Rs 30,000 crore will be spent under Central Government’s Bharatmala project.
iii. It is to be noted that this amount of Rs. 90000 crore is above Rs 32,000 crore that has already been sanctioned for building 3800 kms of national highways.
iv. PM Modi also announced that Central Government is committed to bring all capitals of North Eastern States on the rail map. 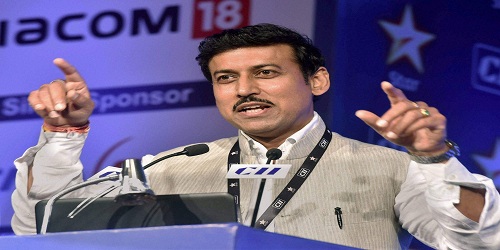 Lakshmi Bai University of Physical Education and a Japanese university tie-up:
i. This tie-up was announced by Rajyavardhan Singh Rathore at the commemorative ceremony of the Japan-India sports exchange programme.
ii. During the ceremony a judo demonstration was showcased by Japanese Olympic medallists Masashi Nishiyama and Misato Nakamuro.
About Lakshmibai National University of Physical Education:
♦ Location – Gwalior, Madhya Pradesh
♦ Officer in charge – Prof. Dilip Kumar Dureha
♦ Functions under – Ministry of Youth Affairs and Sports

Gita Research Institute to be set up in Mathura
Uttar Pradesh State Government will soon set up a research institute for the study of the ‘Bhagavad Gita’ in Mathura.
About Gita Research Institute:
i. Setting up of Gita Research Institute has been proposed by Uttar Pradesh’s Minister for Religious Works and Culture, Laxmi Narayan Chaudhary.
ii. Annoucement in this regard was made by Mr. Chaudhary at 144th anniversary celebration of the Government Museum, Mathura.
iii .Mr. Chaudhary has mentioned that this institute is being set up for research on Gayan (singing), Nratya (dance) and Vadan (the art of music) of the Krishna age.

Housing and Urban Affairs Ministry formed Panel to protect homebuyers’ interests
Union Housing and Urban Affairs Ministry has formed a 30-member central advisory panel, which will advise government on implementation of the Real Estate Regulation Act (RERA) and will play an important role in protecting the interest of consumers.
Panel to protect homebuyers’ interests:
i. The panel is headed by Union Housing and Urban Affairs Minister and comprise Central and State government secretaries, real estate research organisations and representatives from home buyers associations.
ii. Five top secretaries from states including Uttar Pradesh, Delhi, Haryana, Tamil Nadu and Odisha and Chairpersons of regulatory authorities from five other states have been included in the panel.
iii. It will advise central government to boost growth and facilitate development of the real estate sector in India.
iv. Real Estate (Regulation and Development) Act, 2016 (RERA) which has come into force from May 1, 2017, covers all the residential and commercial projects in India.
v. Till date, most of the states have not fully implemented provision of RERA in compliance with the central act. 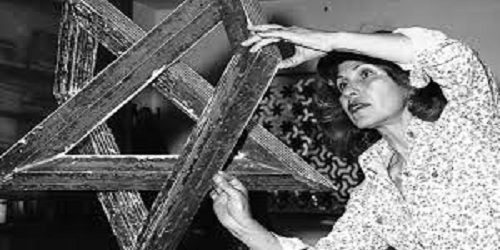 i. ‘Monir Museum’, which opened in Tehran, displays 51 works, including her signature mirror mosaics, reverse glass paintings inspired by geometric patterns and abstract monotypes.
ii. This museum is being managed by Tehran University.
iii. Many of Monir’s works were confiscated and destroyed after the 1979 Islamic Revolution in Iran.
iv.Monir has spent most of her career in the US. She permanently returned to Iran in 2004.
Quick Facts about Iran:
♦ Capital – Tehran
♦ Currency – Iranian rial
♦ Current President – Hassan Rouhani
♦ Important Rivers – Karun, Zayanderud

WHO certifies Gabon as polio free
On December 16, 2017, World Health Organization (WHO) declared Gabon as a “polio-free country”.
i. Declaration was based on the facts that no new cases of polio have been reported from Gabon in recent times.
ii. Polio is an infectious disease caused by the poliovirus. It mainly affects young children and results into permanent paralysis.
iii. There is no cure for polio. It can only be prevented through immunisation.
iv .In 1988, polio was endemic in 125 countries and nearly 350000 cases were recorded worldwide. Since then, polio cases have reduced by 99 percent.
v. Currently polio is endemic, only in Afghanistan and Pakistan.
Quick Facts about Gabon:
♦ Capital – Libreville
♦ Currency – Central African Franc
♦ Current President – Ali Bongo Ondimba
♦ Important River – Ogooue, Lekoni Information about world’s steepest funicular railway:
i. Funicular is a type of cable railway (a cable attached to a pair of tram-like vehicles on rails) on an inclined pane of cliff.
ii. The latest funicular unveiled in Switzerland rises 743 metres along gradients as steep as 110% and has a track length of 1720 metres.
iii. This funicular railway has been built at a cost of Rs 333.21 crore.
iv. It has four cabins. Each cabin can carry 34 people at a time.
Quick Facts about Switzerland:
♦ Currency – Swiss franc
♦ Important River – Rhine
♦ Highest Mountain – Monte Rosa

RBI imposes Rs 5 cr penalty on Syndicate Bank
On December 12, 2017, Reserve Bank of India (RBI) imposed a penalty of Rs 5 crore on Syndicate Bank for non-compliance with its directions on Know Your Customer (KYC)” norms Cheque Purchase or Discounting and Bill Discounting.
i. This penalty has been imposed on basis of findings of the scrutiny conducted by RBI at certain branches of Syndicate Bank.
ii. RBI has imposed this penalty by exercising its power under the provisions of the Banking Regulation Act.
iii. However, RBI has stated that this penalty does not invalidate any transaction or agreement entered into by Syndicate bank with its customers.
iv. Earlier in July 2017, RBI had imposed Rs. 2 crore penalty on Union Bank of India for non-compliance of KYC norms.
Quick Facts about Syndicate Bank:
♦ Formed in – 1925
♦ Headquarters – Manipal, Karnataka
♦ Current MD & CEO – Melwyn Oswald Rego
♦ Tagline – ‘Your Faithful and Friendly Financial Partner’ i. Sun Temple in Konark, Odisha and Taj Mahal in Agra, Uttar Pradesh are Indian heritage sites inscribed in UNESCO World Heritage Sites list.
ii. First 360-degree video and VR content on the Sun Temple was unveiled on December 16, 2017 at the Transforming Education Conference for Humanity (TECH) 2017 in Visakhapatnam. TECH 2017 was organized by UNESCO MGIEP.
iii. The video was unveiled at a specially set up Samsung Smart Class at TECH 2017 venue.
iv. This partnership is aimed to provide experiential educational content to urban as well as rural students across India.
Quick Facts about UNESCO:
♦ Formed in – 1945
♦ Headquarters – Paris, France
♦ Current Director General – Audrey Azoulay

Ola offers insurance cover for driver-partners
Online cab aggregator, Ola entered into an agreement with Bajaj Allianz to offer a comprehensive insurance programme for its driver partners.
Ola-Bajaj Allianz tie-up:
i. This programme has been named ‘Chalo Befikar’. Under this programme, Ola’s driver partners can avail an insurance cover of up to Rs 5 lakh.
ii. This programme also offers other benefits viz. daily business loss compensation due to hospitalisation, taking care of outstanding car loans and children’s education.
iii. Ola currently has 9 lakh driver partners on its platform.
iv. In September 2017, Uber, which is Ola’s rival had rolled out a similar insurance programme for its 4.5 lakh driver partners in India. Uber has partnered with ICICI Lombard General Insurance.
Quick Facts about Ola:
♦ Founded in – 2010
♦ Headquarters – Bengaluru, Karnataka 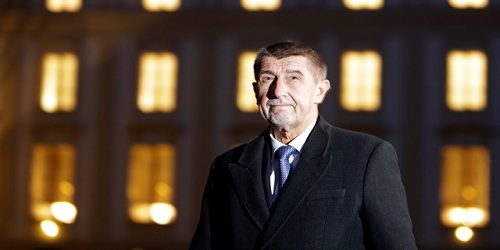 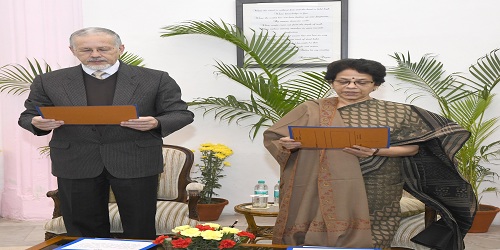 Smita Nagaraj – UPSC member:
i. Smita Nagaraj is an Officer of the 1984 Batch of Indian Administrative Service (IAS) of Tamil Nadu Cadre.
ii. She served as Executive Director of the Central Social Welfare Board, Director in the Department of Personnel & Training and Joint Secretary in the Ministry of Defence.
iii. Prior to her joining the Commission, she was working as Director General (Acquisition) in the Ministry of Defence.
About Union Public Service Commission (UPSC):
♦ Headquarters – New Delhi
♦ Formed – 1926
♦ Chairman – David R. Syiemlieh Information about Dish TV-Videocon d2h Merger:
i. The new merged entity will be called Dish TV Videocon Limited. It will serve the combined subscriber base of 29 million users.
ii. In terms of earnings, Dish TV Videocon Limited will be the largest listed media company in India.
iii. According to a report released by Telecom Regulatory Authority of India (TRAI), DishTV had the largest DTH market share (24%) as on June 2017.
iv. DTH is followed by Tata Sky (23% market share) and Videocon d2h having  21% market share. 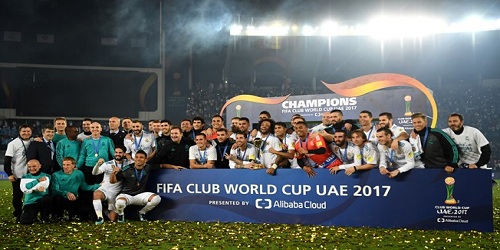