We are here for you to provide the important Recent and Latest Current Affairs 5 August 2021, which have unique updates of Latest Current Affairs 2021 events from all newspapers such as The Hindu, The Economic Times, PIB, Times of India, PTI, Indian Express, Business Standard and all Government official websites. 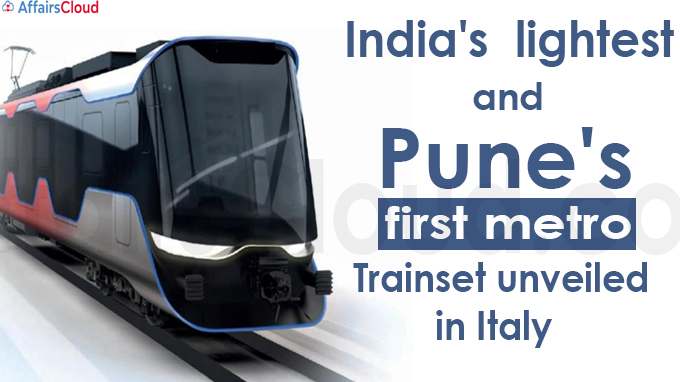 i.On August 2, 2021, Titagarh Wagons Ltd, a company based out of Titagarh in West Bengal, held a virtual ceremony to display its first train for Pune Metro (Maharashtra) which was manufactured by its subsidiary in Italy (Europe), Titagarh Firema SpA Plant.
ii.It will be India’s first lightest metro trainset as it is being manufactured with Aluminium for the first time in our country.
iii.The first goods train on Haldibari (West Bengal) – Chilahati (Bangladesh) rail link was flagged off carrying construction material (stone chips) after 1965.
iv.It is a 5th rail link between India and Bangladesh.
About Indian Railways:
Establishment– 1853
Chief Executive Officer (CEO) & Chairman of Railway Board – Suneet Sharma
Headquarters – New Delhi
>>Read Full News 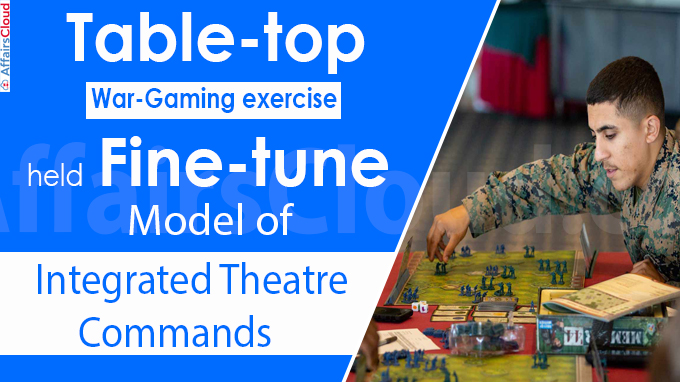 Creation of Integrated Theatre Commands
Prime Minister Narendra Modi is set to announce the creation of 4 new Integrated theatre commands from the Red Fort on August 15, 2021. v.Labour Force: It is the part of the population that supplies/offer to supply labour for pursuing economic activities for the production of goods and services, it includes both ‘employed’ and ‘unemployed’ persons.
About National Statistical Office (NSO):
i.It is the Statistics Wing of the Ministry of Statistics and Programme Implementation, and has the Central Statistical Office (CSO), the Computer centre, and the National Sample Survey Office (NSSO).
ii.It acts as a nodal agency for development of the statistical system in India. It creates and maintains the norms and standards in the field of statistics.
About Ministry of Statistics and Programme Implementation:
Minister of State (Independent Charge) – Rao Inderjit Singh (Constituency – Gurgaon, Haryana) Nano Biotechnology Research Centre (NBRC), the research and development unit of the Indian Farmers Fertiliser Cooperative Limited (IFFCO) has signed a Memorandum of Understanding(MoU) with the Indian Institute of Technology(IIT) – Delhi for “research consultancy, knowledge transfer and collaborative projects”.
Features of the MoU:
i.The collaboration between IFFCO and IIT Delhi will focus on Joint research by sharing laboratories of IIT-Delhi and IFFCO and providing research consultancy.
ii.This collaboration will enable advanced research in the areas of Nanotechnology for futuristic applications.
iii.The engineers and scientists of IFFCO will work with the research faculty and scholars of IIT Delhi to address the agricultural and environmental problems and create innovative solutions.
Additional info:
i.IFFCO’s NDRC has developed the world’s first nano urea liquid at Kalol in Gandhinagar, Gujarat.
ii.The 500 ml of nano urea liquid is supposed to replace one bag of conventional urea.
About Indian Farmers Fertiliser Cooperative Limited (IFFCO):
IFFCO is one of India’s biggest cooperative societies, wholly owned by Indian Cooperatives.
Chairman- Balvinder Singh Nakai
MD & CEO- U S Awasthi
Founded in 1967 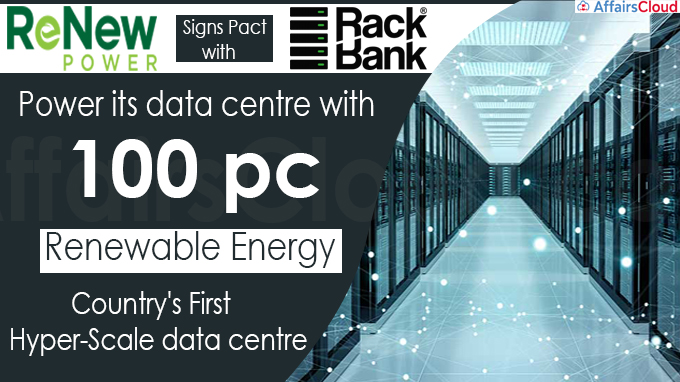 During a discussion in Parliament, Minister of State (MoS) for Social Justice and Empowerment A. Narayanaswamy stated that Government is planning to set up Garima Grihas for Transgender persons with the help of community-based organizations. 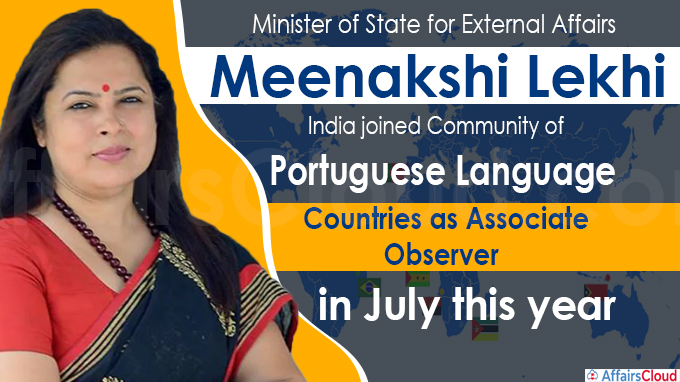 The13th Summit of Heads of State and Government of the Community of Portuguese Language Countries (CPLP) 2021 was held at Luanda, Angola. During the summit, India and 9 countries were approved to join CPLP as ‘Associate Observer’. 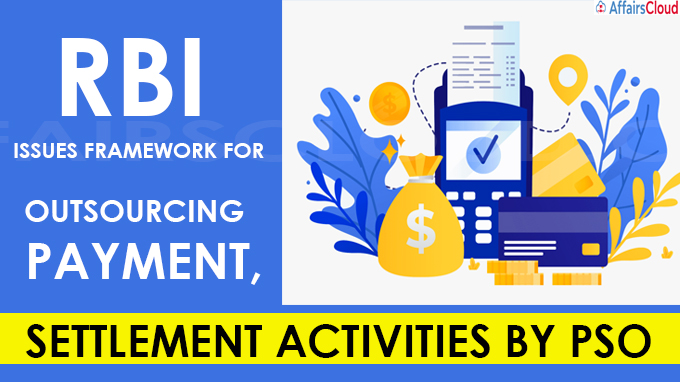 On August 3, 2021, the Reserve Bank of India (RBI) issued the framework to the non-bank Payment System Operators’ (PSOs) Outsourcing of Payment and Settlement-related Activities (including onboarding customers, IT-based services, etc) to service providers.

What is Outsourcing?
It is the use of a third party (i.e. service provider/ outsourced agency) by PSO for a limited period to perform the activities that have to be undertaken by PSO (now/ future).
About Reserve Bank of India (RBI):
Establishment – 1st April 1935
Headquarters – Mumbai, Maharashtra
Governor – Shaktikanta Das
Deputy Governors – Mahesh Kumar Jain, Michael Debabrata Patra, and M Rajeshwar Rao, T. Rabi Sankar
>>Read Full News 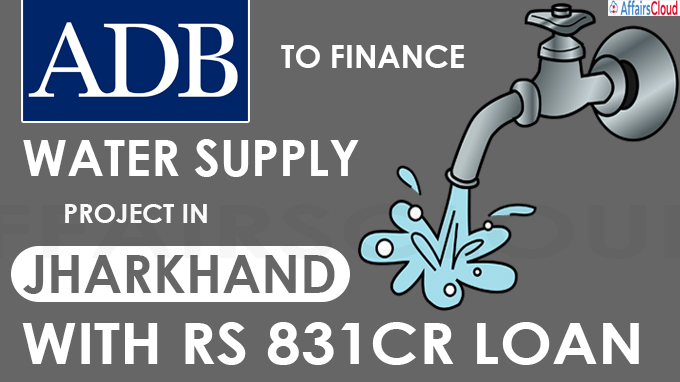 On August 3, 2021, Securities and Exchange Board of India (SEBI) allowed payments banks to carry out the activities of investment bankers in order to ease the access for investors to participate in public and rights issues by using various payment avenues.

Key Points:
i.Payments banks registered as BTI will also be permitted to act as self-certified syndicate banks, subject to the fulfilment of SEBI norms.
ii.The blocking/movement of funds from the investor to issuer will only be made through the savings account of the investor.
Background:
In a notification dated July 30, the regulator amended the Bankers to an Issue rules, thereby permitting such other banking companies to carry out the activities of BTI in addition to the scheduled banks.
Points to be noted:
i.Bankers to an issue (BTI): It means a scheduled bank or such other banking company specified by SEBI which carries activities, including acceptance of application money, acceptance of allotment or call money, refund of application money and payment of dividend or interest warrants.
ii.Syndicate: It is a group of banks making a loan jointly to a single borrower.
About Securities and Exchange Board of India (SEBI):
Establishment– 1992
Chairman– Ajay Tyagi
Headquarter– Mumbai, Maharashtra Bank of Baroda (BoB) has signed a Memorandum of Understanding (MoU) with Andhra Pradesh (AP) Government to assist & finance the entire 14,000 beneficiaries for setting up Aqua Units under AP Government’s ‘Fish Andhra’ scheme.
‘Fish Andhra’ Scheme
AP stands 1st in the country in the fisheries sector both in terms of production and total value of aqua, it contributes 8.67 % of State’s GDP.
i.Inspite of having high production, the per capita consumption of fish products is low in AP.
ii.In order to address this, AP Government has designed a novel scheme called “Fish Andhra”.  The scheme is in line with Pradhan Mantri Mathsya Sampadha Yojana (PMMSY), a scheme of central government. 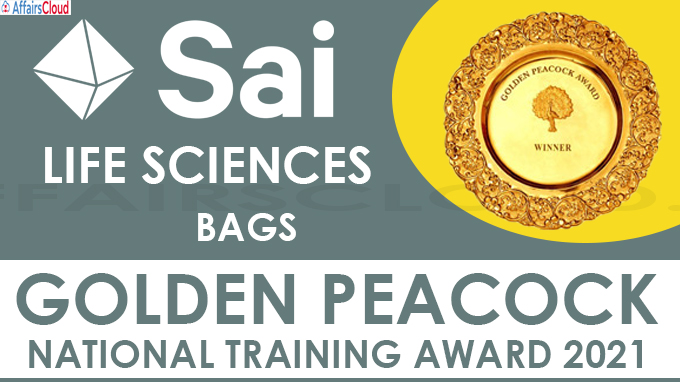 Key Points:
i.Earlier this year the company won two awards at the US (United States)-based Association for Talent Development- Excellence in Practice (ATD-EIP) awards 2021 in categories of ‘Learning Technologies’ and ‘Change Management’.
iii.The company is also an awardee of the 21st National Award for Excellence in Energy Management 2020 by CII (Confederation of Indian Industry)- Sohrabji Godrej Green Business Centre, and a 5-Star rating for Excellence in EHS (Environment, Health & Safety) at the CII South awards 2019.
ii.The company has provided training for 100 unique roles across the organization covering quality, technical, safety, soft skills and more.
iv.Over the past three years, the company has invested US$100M to expand and upgrade its R&D (research and development), manufacturing facilities and also raised the bar for safety, quality and customer focus.
About Golden Peacock Awards:
These are the annual awards for corporate excellence in India organized under the aegis of the Institute of Directors, India. The Indian Econometric Society (TIES) Trust has awarded the Economists Jagdish Bhagwati and C Rangarajan with the Prof. C.R. Rao Centenary Gold Medal (CGM) award.
About the Awardees:
i.Jagdish Bhagwati – He is the University Professor of Economics, Law, and International Relations at Columbia University and Director of the Raj Center on Indian Economic Policies.

ii.C. Rangarajan – He is the former chairman of the Economic Advisory Council to the Prime Minister, and former Governor of the Reserve Bank of India (RBI).
About the Award:
i.It is the award presented once in two years by TIES to an Indian or Indian-origin scholar for their lifetime contributions to the fields of theoretical and applied aspects of quantitative economics and official statistics.
ii.The award consists of a gold medal and citation. C R Rao is an Indian-American mathematician and statistician and he received Padma Vibhushan in 2001.
About The Indian Econometric Society (TIES):
It is a registered society under Public Societies Registration Act
Establishment – 1960
Chairman – V R Panchamukhi About Order of British Columbia award:
It represents the highest form of recognition the Province can extend to its citizens. It recognizes the persons with the greatest distinction and excelled in any field of endeavour benefiting the people of British Columbia and beyond.

Mini Ipe Appointed as the Managing Director of LIC The government of India has appointed Mini Ipe as the new Managing Director of the Life Insurance Corporation(LIC) of India. She has been serving as the Executive Director, Legal Department, LIC of India.

Pakistan’s Wicketkeeper-Batsman Mohammad Rizwan has set a new World Record for most runs scored in a calendar year in Twenty20 (T20) International cricket. He has scored 752 runs in 2021 (14 innings of 15 matches). 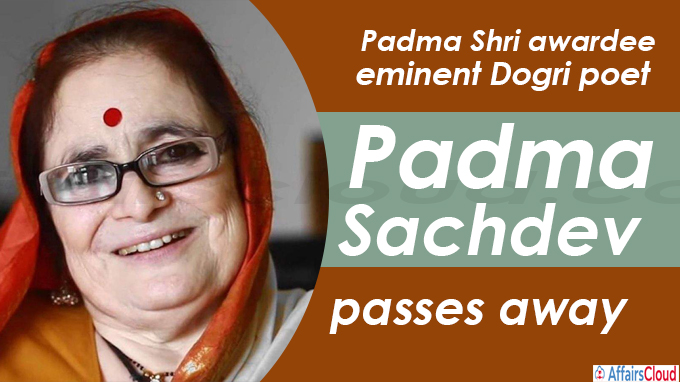 Padma Sachdev (81), the 1st Modern woman poet of Dogri language and Padma Shri awardee passed away at Mumbai hospital due to health reasons. She had won the Sahitya Akademi Award in 1971 for her anthology of poems – ‘Meri Kavita Mere Geet’.
i.Born in Purmandal, Jammu in 1940, Sachdev played a vital role in including Dogri language to the Eighth schedule of Indian constitution.
ii.She has authored many books in Dogri and Hindi.
Achievements

Centenarian sprinter and World Masters Games Medalist Man Kaur, who is referred as ‘Miracle from Chandigarh’, has passed away in Patiala, Punjab. She was born on 1st March 1916. Man Kaur hailing from Patiala, Punjab, started her athletics career at the age of 93.

Renowned bilingual novelist (English & Bengali), Kunal Basu, from Kolkata, has authored a new book titled “In An Ideal World”. The book is set to be released by Viking, an imprint of Penguin Random House India in 2022.
The novel features a story that explores a range of themes such as family, college politics and fanaticism.
About the book:
The story is based on the mysterious disappearance of a liberal party member of a college in Manhar and the attempt of the suspect’s parents to uncover the mystery and absolve their son.
About Kunal Basu:
i.Kunal is the only bilingual (English & Bengali) author after Bankimchandra Chatterjee.
ii.His well-known novels include The Opium Clerk; The Miniaturist; Racists; The Yellow Emperor’s Cure; and Sarojini’s Mother.
iii.His collection of short story ‘The Japanese Wife’ (2008) was adapted into a film on the same title, directed by filmmaker Aparna Sen. 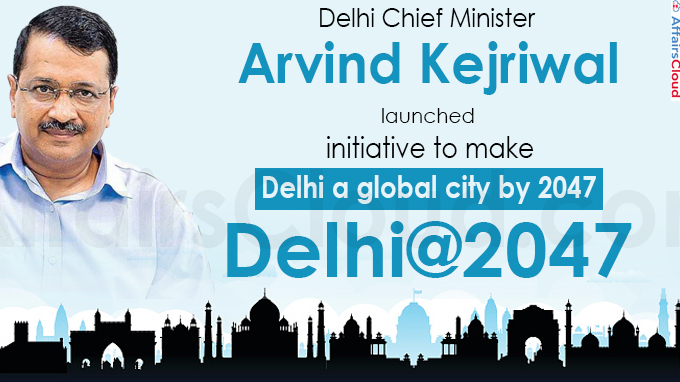 i.Under the initiative, [email protected] platform will be created which will be hosted by Dialogue and Development Commission (DDC), the policy think-tank of Delhi Government.

ii.The [email protected] initiative will begin by focusing on 3 projects –