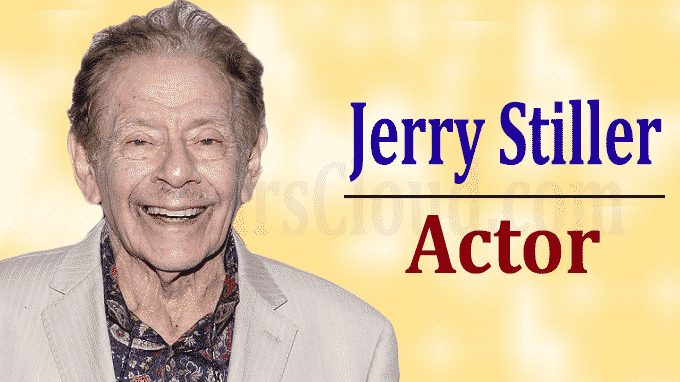 i.Jerry Stiller performed in the thriller ‘The Taking of Pelham One Two Three’ as Walter Matthau’s police sidekick ,in ‘Hairspray’, a John Walters twisted comedy as Divine’s husband Wilbur Turnblad and He played a supporting role in ‘Seinfeld’.

ii.He was inspired to join show business at the age of 8 after watching ‘A Night at the Opera’.

iii.He was the co-creator and model for the ‘Bro’ a brassiere for men, a Korean War cook who inflicted food poisoning on his entire unit; an ever-simmering salesman controlling his explosive temper with the ‘Serenity now!’ slogan.

iv.He was nominated for Emmy awards in 1997 for his performance in Seinfeld.

v.He wrote an autobiography, ‘Married to Laughter’ about his 50 years marriage to soul mate and comedic cohort Anne Meara, who passed away in 2015.

vi.He made 36 appearances alongside Meara in ‘The Ed Sullivan Show’. His works in television spots included from ‘Murder She Wrote’ to Law and Order’.

vii.He played a role as a milquetoast husband with Estelle played by Estelle Harris. This started his career as a septuagenarian , getting him the role of Vince Lombardi in Nike commercials and another role in ‘Kings of Queens’.

viii.He performed in ‘Shoeshine’ with Ben and was nominated for a 1988 Academy Awards in the category of short subject.