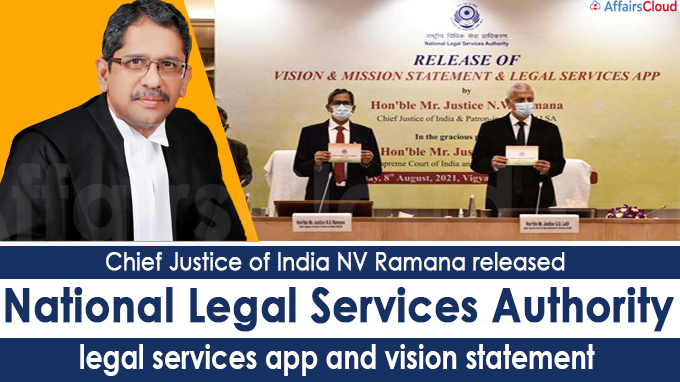 Features of the Legal Services App

i.The Mobile App of NALSA has features for seeking legal assistance, legal advice, and other grievances.

ii.Using the app, Beneficiaries can apply for mediation, track the application and apply for Alternate Dispute Resolution (ADR) mechanism.

iii.As per Article 39 (A) of the Indian Constitution (under Directive Principles), the government should strive to promote justice and provide free legal aid to the poor.

The Vision & Mission statement launched by CJI contains the vision of NALSA,

It was constituted under the Legal Services Authorities Act, 1987 to provide free Legal Services to the weaker sections of the society and to organize Lok Adalats for amicable settlement of disputes.