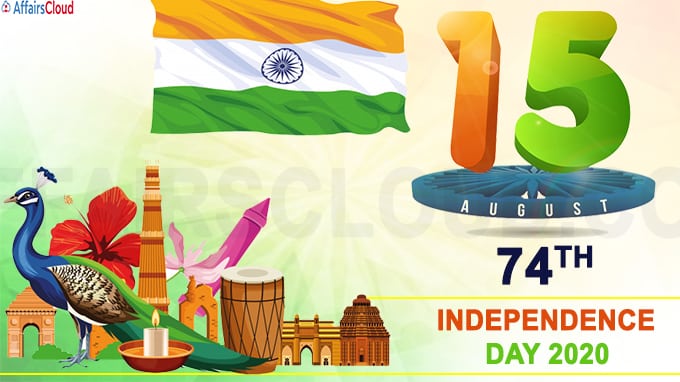 This day is celebrated to remember the sacrifice of the freedom fighters and to pay tribute to the personnels of the Armed forces, paramilitary and police forces for ensuring national safety.

The Guard of honour inspected by the Prime Minister Modi, commanded by Lieutenant Colonel Gaurav S Yewalkar consists of one officer and 24 men from Army, Navy, Air Force and Delhi Police.

The Anti-drone system of DRDO:

i.On 15th August 2020,on the event of 74th Independence day, an anti-drone system developed by the Defence Research Development Organisation(DRDO) deployed near the Red Fort.

ii.The system is capable of detecting and jamming the micro drones within 3 kilometer, it uses lasers to destroy the targets within 1 to 2.5 kilometers based on the wattage of the laser weapon.

iii.The counter drone system has the ability to detect and destroy the drones in the air, this was first deployed during the 2020 Republic Day Parade.

iii.The movie Gandhi by Sir Richard Attenborough is made accessible for the people with vision and hearing impairment.

i.On the occasion of 74th Independence Day the Indian Olympic Association(IOA) launched the digital campaign “Ek India Team India” as a part of the adaptation of the new identity and logo of IOA, marking its 100 years of participation in Olympic games.

ii.As a part of the campaign video, IOA promotes the new logo on its social media and websites.

i.President Ram Nath Kovind, the supreme commander of the Armed Forces, approved 84 gallantry awards and decorations to the personnels of Armed Forces and members of Paramilitary Forces.

iii.He also approved 19 mention-in-despatches to the army personnels for their contribution to the nation through various military operations which includes 8 posthumous for operation Meghdoot and Operation Rakshak.