We all know about the Swiss Bank case, and the money laundering cases there. Also some time ago Swiss Bank revealed names of those Indians who had maintained accounts there. Now the master of that information, Panama Papers has leaked which has shocked the whole World with the information in it. 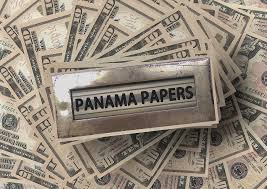 Important about the leak:
In the last one year, around 400 journalists from more than 100 media organizations in over 80 countries have taken part in researching the documents which have been leaked now.

Recent news: Recently in 2018, A Pakistani court has indicted former prime minister Nawaz Sharif and his daughter and son-in-law on corruption charges stemming from documents leaked from a Panama law firm. He was sentenced to 10 years imprisonment. This news created a very big sensation everywhere.