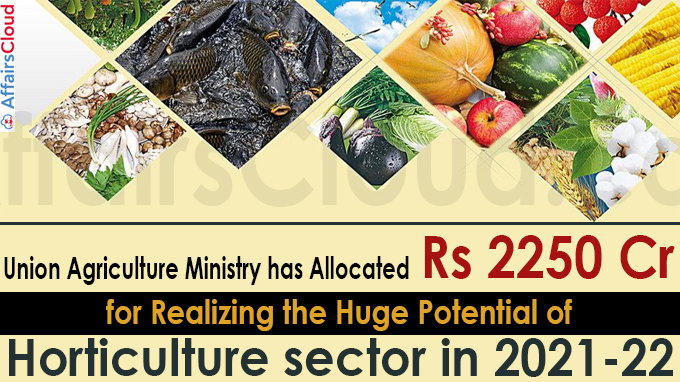 The Ministry of Agriculture & Farmers Welfare (MoA&FW) has allocated INR 2250 Crore for the FY 2021-22 for ‘Mission for Integrated Development of Horticulture’ (MIDH), a centrally sponsored scheme. It aims at developing the Horticulture sector in the FY 2021-22.

i.Interventions by Government have helped the horticulture sector to surpass agriculture production in India.