The 29th BASIC ministerial meet on climate change was held from October 25th-26th 2019 in Beijing, China. Members of the BASIC countries (Brazil, South Africa, India, China) participated in the event. In the Indian side, Union Minister for Environment, Forest and Climate Change (MoEF&CC), Shri Prakash Javadekar participated in the event. India’s offer to host the 30th BASIC ministerial meeting was welcomed. 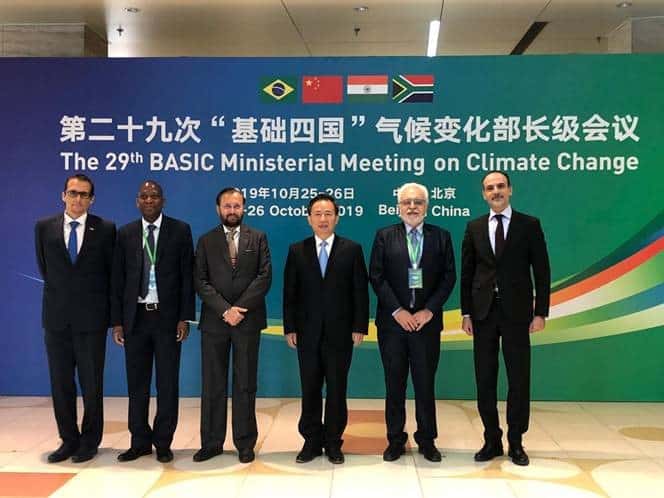 Key highlights during the meet: