Heritage Sites is the designation for places on Earth that are of outstanding universal value to humanity. UNESCO (United Nations Educational Scientific and Cultural Organization) is a specialized agency of United Nations. UNESCO was created for the conservation and protection of the world’s inheritance of books, works of art and monuments of history and science. As of now there are 38 world Heritage Sites in India that include 30 cultural sites and 7 Natural Sites and 1 Mixed Site. The world Heritage Sites remain the most important topic in general knowledge for all competitive exam. Aspirants should know all the UNESCO Heritage Sites to crack the upcoming competitive exams like SSC, RRB, Bank, UPSC, etc. The below table consists of names of the Sites, location and the year of inscription. 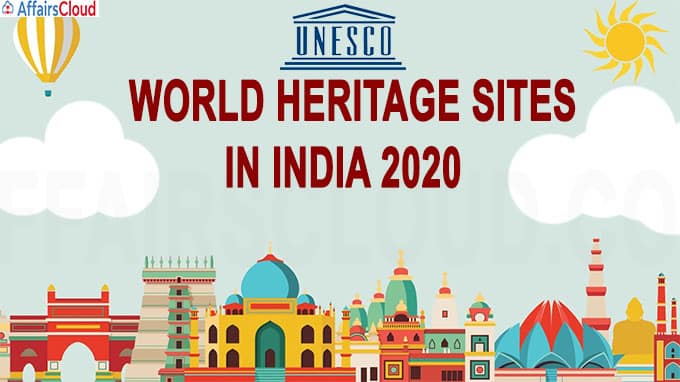 Note: In the case of western ghats a  total of thirty nine properties (including national parks, wildlife sanctuaries and reserve forests) were designated as world heritage sites – twenty in the state of Kerala, ten in Karnataka, five in Tamil Nadu and four in Maharashtra

Also there is a  tentative list of world heritage sites in India, which is already mentioned in the given below link.

In 2017, the Walled City of Ahmedabad, founded by Sultan Ahmed Shah in the 15th century, has been declared India’s first World Heritage City.